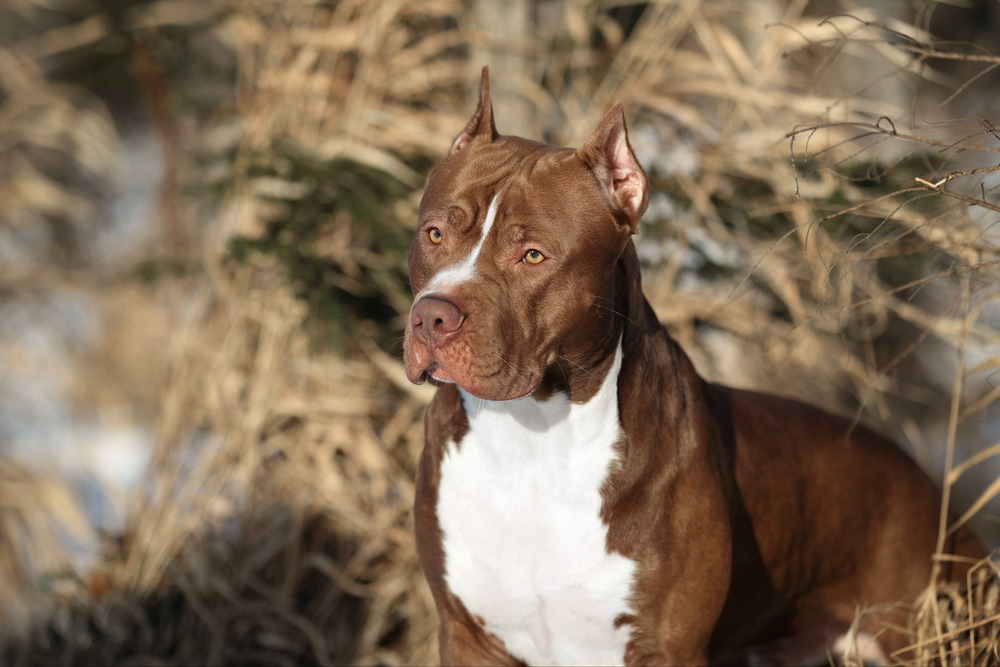 Now that you have decided you want a pitbull as a pet, you need to know about the best pitbull breeds that you can choose for yourself. Those cutest dogs look ferocious, but with the right training and love, they will make a home in your heart. Pitbulls are not just one type, there are different breeds of Pitbull, each having different personality traits and needs. And what is the best pitbull breed? Those, who fit your personality as well.

This affectionate breed of dogs is for those who have the willingness to take responsibility and time to invest in them. Therefore, all the lazybones please don’t go for any breed of Pitbull if you are not up for the challenge. Initially, from the UK, Pitbulls were trained for hunting and cruel hunting games. But Americans saw them as the breeds capable of guard dogs so eventually, this lovely breed end up in the USA. Isn’t it cool?

Trending
Beaglebull: A Look At What This Pitbull Beagle Mix Breed Is All About

Just by the way not all dogs which have a square face and bulky physique are breeds of pitbull. While there is an endless list of types of Pitbulls, we have selected the 5 most reliable and cutest breeds of Pitbulls for you to opt for, as your pets.

List of 5 best breeds of Pitbull, you should know about

Want the most reliable breed of pitbull as your pet? Well, none can be compared to the most loving pitbull, the American Pitbull Terrier. The pit bull was once used as farm dogs to bait the bulls but later people saw how gentle and responsible they were around the children. Thus making them the best nanny dogs one can ask for.

If you don’t have children but you wish to show off your pitbull, then you need a competition pitbull breed, and who could be a better pitbull than American Pitbull Terriers? Their determination and alertness make them the best breed of pitbull for competitions.

This breed of pitbull requires the least amount of maintenance and they don’t like to live alone for a longer time. They are the most vigilant and therefore easier to train😊. Their energy level is highest among other breeds of pitbull and they can weigh as less as 35 pounds and as heavy as 85 pounds. The maximum height of these massive beasts is 1’-7”!

What are you waiting for, you should be heading straight to get them! Just by the way, these are not cheap breeds you will need cash of $300 to $3000 to own a pup of an American Pitbull Terrier.

When blood sports became popular, England started breeding irresponsibly. Bull Terrier is the result of those irresponsible breeding between Old English Terrier, Old English Bulldog, and Manchester Terriers. Despite the crossbreed, the dog did not perform as well as expected. But that doesn’t mean this breed of pitbull was useless. In fact, Bull terriers are the best guard dogs and were used as herders and watchdogs. So we can easily list them on this best Pitbull list.

Unlike the other pitbull breeds, this dog has very different facial features, a cute oval-shaped face that is flat on the head and then it slopes to the nose which is always black in color. The fur is not very rich and is not very soft to the touch. Well, these babies come in 2 colors either white or colored. The colored ones have tricolor with a white base, red, or even fawn.

The good thing about Bull Terriers is that they come in 2 sizes, the standard one and a miniature one. If you want a lap dog, then go for the miniature one which is only 10 to 14 inches tall. But if you want a guard dog then 20 to 24 inches one is your baby.

Go grab these clownish Pitbulls and let them spread smiles in your home because if you will love them 10 percent they will return the favor by loving you 110 percent!

Trending
Grooming Your Pitbull at Home In 2022

Like most of the pitbull breed, American Bulldogs originated from England, and like all Pitbulls, they were used as hunters for blood sports, later Americans brought them to America as ranchers. Because this breed was able to get rid of the vermins in South America, they survived there. Unfortunately, during WW2 this beautiful breed went extinct but thanks to John D. Jhonson, who, along with his father, managed to breed more of the breed!

This muscular dog is known for its swiftness, resilience, and strength. His squarish face and sharp jaws often scare people but with the right kind of training, these are the best companions to have by your side. They are reliable and brave and you can trust them with your children. What else do you want? 🙂

The funny part about this adorable breed of pitbull is they actually look very athletic, with broad chests, and thick-boned legs (take a look at other Pitbull Facts)! These babies can have a height of 26 inches (female) to 28 inches (male).

Now used as show dogs or your farm dogs, Staffordshire Bull Terrier has a bleak history. These innocent beasts were bred with different kinds of Pitbulls to increase their capacity as blood sport dogs. But once the sports went on the decline, so did the breed. But eventually, the 20th century saw the reemergence of this dog as the circus or show dogs.

Just a reminder to those who want this type of pitbull dog, they are not easy to manage. They need to be disciplined a lot as their hunter instinct is not lost. Also, they are to be thoroughly trained to make sure it is safe to have them around kids. Trust me when you’ll invest time in this beautiful breed of dog, you will get a best friend for life.

What makes him the most handsome dog is the stoop and short front face with strong jaws. The small ears, big round eyes, and a black nose in a bulky head give him a strong appearance. Usually, the height varies between 13 to 15 inches, depending on the gender of the dog.

Despite its name, the breed is not from Staffordshire but from Birmingham, US. But the ancestral roots are indeed from Staffordshire. This one of the best breeds of pitbull is way too different from the other types of Pitbulls, in that it is more stubborn and needs a very confident trainer. Unlike other breeds, Staffordshire does not mingle easily with strangers and will always maintain a distance but when they become friendly be prepared for their slobby kisses.

Because of his fighting instinct, they react violently with other dogs and it’s a risk to keep them with other animals. Therefore, go for him only when you will be keeping a single pet.

These shiny hair hulks are muscular and have a broad head with sharp jaws.  They are not expensive, in that you will get an American Staffordshire Terrier puppy for $300-500. The males are usually 18-19 inches in height, whereas the females are 17-18 inches high.

8 Tips for Walking Your Dog in the Cold