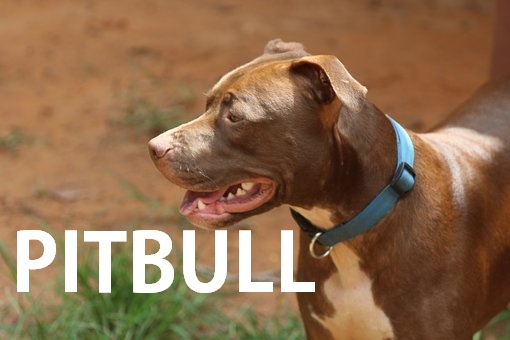 Looking with those beady eyes, its chest broad and almost a perfect square, the beautiful creature was sniffing something in the park but everyone around was scared to death to see a mighty giant of a dog so out in open. Well, that is pitbull dog for you. The dog we all think will only attack, although the reality is otherwise.

Pitbull are the most adorable types of dogs. Only the owners of the pitbulls know what gems they own. These beautiful dogs know how to be around children. Pitbulls are the nanny dogs, they are the best companion of the children and due to their protective instincts, and they know how to look after the children. Lets learn about pitbulls and clear our misconceptions about the best kind of pet dog one can wish for.

We all think pitbull dogs are problematic, that is because they are trained to be hunters. Pitbull behavior is not wrong, it is how we had bred and trained them, which is the issue. Back in old England, a very inhumane blood sport called bull baiting was very famous.

The poor bull would be tied to a 30 feet iron stake and bulldogs would be set free on them. Although the cruel sport was banned in 1835, the illegal sports of rat baiting and bulldog fights continued. The bulldogs would be crossed with bull terriers to produce more ferocious and bloodthirsty pitbull breeds. Initially, pitbulls were not called that, the name was given to them when they were forced to kill the rats in the pits.

No one can deny the sinister pitbull history attached to this magnificent breed of dog, but they are not to be blamed for it. If trained well, pitbull breeds are the best of companions. They are gentle with children, therefore a trained pitbull is a valuable addition to a family. A person who feels lonely should get him/herself a pitbull because no matter how dark pitbull history is, the dog knows how to be a best friend to human and love human unconditionally.

Pitbull is not just one type of dog, but in reality, pitbull has many types or breeds. You can find muscular pitbull dogs like American pitbull terrier, Staffordshire Terrier or American Bulldog which are most feared by people or the cute ones like Johnsons which has small innocent eyes and very docile nature.

Most of the pitbulls like Gamer and Pynat are not for the first-timers. Although all kinds of Pitbulls were bred as hunters, Gamer and Pynat still have very strong hunting skills, therefore, in order to keep them one needs to be very well trained in keeping fighter dogs. If you want bulky pitbulls then you should go for Villaliberty, Red Nose, Chamucus or Stuffawler. These are some of the heavy breeds of pitbull who look ferocious yet have hearts of gold.

Many of us want dogs which are strong but they don’t look dangerous, if you are one such person, then Bull Terrier, Spike and Cobra are the kind of pitbull dogs that you are searching for. Their warm eyes will melt your hearts and you won’t find any better companion than these babies.

Apart from these, there are many other pitbull types that you can learn about on our websites, make sure you check out the other detailed articles related to pitbull puppies and types of pitbull breeds to know further about these wonderful breeds of dogs.

If you are searching for a companion for life then you have chosen the best kind of dog breed! Though they look ferocious, Pitbulls have the most caring nature. They are also known as nanny dogs for just the right reason, they are the best baby nannies!

Most people get afraid and think that pitbulls are harmful and dangerous but in reality, they are love bugs. All that is required is a responsible and caring owner to bring the best of their pets. If untrained, they can create hell, therefore, don’t just expect them to behave if you are not taking their responsibility and not giving them ample time of love and training.

Because they have always been the game and hunting dogs, they are very hyperactive and very responsive to the right kind of training. They love to please their owners, therefore, make sure you treat them right. Not only that but pitbulls are very determined! They don’t give up easily so they are pretty energetic and are very responsive to training. Read more on the detailed characteristics of this beautiful dog that humans think is dangerous.

Depending on the kind of Pitbull you will have, their height, weight varies. But generally speaking, most of the Pitbulls have the stocky physique. They usually have broad chests and muscular structure and despite not being way too huge in size, they have an aura of an enormous dog. Usually, the weight varies from 30 to 90 pounds, depending on the type of Pitbull you own. Their usual heights are from 17 to 19 inches. These dogs are not furry, they usually have a smooth coat.

Anyone who ever owned a Pitbull knows that dog food is not for them. The food contains corn, potatoes and wheat and most of the dogs are allergic to such diet. Therefore, what one must remember is that Pitbulls have always been the show dogs, the reason why they need a very balanced and healthy diet for their rigorous training. Meat should be an important element in your dog’s diet. They need a high protein rich diet for a healthier lifestyle.

Like every breed of dog, there are some health issues that are common among Pitbull. Though there are several reasons for it, the most common reason is the irresponsible breeding by the breeders who take the health of Pitbull for granted because for them money matters and not the innocent dogs.

Therefore, it is highly recommended that you always get you Pitbull pup from the reliable breeder. Some of the most common problems in pitbulls are hereditary defects in joints(dysplasia) , cataracts and congenital heart defects. To know how to detect these diseases, read on to our article related to Common Health Issues in Pitbulls.