50 Pitbull Facts: One of The Most Misunderstood Breed of Dogs

If you are looking for a companion for life who is tough and extremely loyal, then you should think of adopting a pit bull.

Though often misunderstood, this breed of the dogs is the finest of all. But there are no free lunches in the world, in order to get the best out of your pet friend, you need to put in your time and dedication to train them well. Once trained, pitbull knows how to be your best friend forever!

All those who have their eyes on this handsome breed should read on to know some interesting facts about a pit bull. Trust me, you won’t regret a read if anything it will help you make a wiser decision of whether a pit bull is a breed you’re up for or not.

1: Pit bulls are the most misunderstood breed of dogs. They are not aggressive by nature but is trained that way for centuries.

2: They are not from America, in fact, they were bred in England and later when people from England came to America, they brought pit bulls with them.

3: Even in ancient times, they were trained to fight with other animals and dogs, that explains the wild nature of the breed.

4: A barbaric activity of bear baiting was legal in the past, and pit bulls were used for that. Humans! First, they make a devil and then they blame it when it harms them!

5: Okay, this is creepy but interesting. It is believed that Pit bulls got their name from the fact that they were used for ratting after bear baiting was banned in England. In ratting, pit bulls were left in the pit full of rats. The one coming out the quickest from the ‘pit’ would be the winner.

The Softer Side of Pit Bulls

6: We all are familiar with the wild side of the pit bulls but do you know they are known as nanny dogs!

7: They are best caretakers of the children and are very gentle with them.

8: Pitbull has the opportunity to adorn the cover of Life magazine thrice!

9: The loyalty of the breed is the reason why it was a popular poster avatar for Army during the 20th century.

10: Historically, apart from being the hunter dog, pitbull was the best caretaker of farms, taking care of the livestock and guarding them.

Some Stats and Science about the Breed

11: Of course, you can’t tell the exact number, but an estimate, there are some 2 million Pit Bulls in the USA. Well, that’s a huge number.

Trending
7 Reasons Why Does My Dog Follow Me Everywhere

12: Usually when we think of Pitbull, we only think of American Pitbull Terrier, but American Staffordshire Terrier, Bull Terrier, Japanese Tosa, Bulldog, Dogo Argentino and Dogue de Bordeaux fall in the same category of the breed.

13: For all those who think it is one violent breed should know that according to the American Temperament Test Society, they are one of the most temperamentally calm dogs.

14: These tightly skinned doggies are not always like that. Their cute little puppies sometimes have wrinkled face and foreheads.

15: Don’t take these babies for granted, Pit Bulls are not for confinements, so if you don’t want them to run away make sure you don’t put small fences! They know how to jump off from fences, in fact, they are best climbers and can jump from as high as 12’ wall.

16: Although great protector, Pit Bull is not the breed to choose if you want guard dogs, they are soft-hearted and can easily trust strangers!

17: Okay this is lame but it is believed that Pit Bulls don’t feel pain! That’s stupid as hell because they do! Every living thing does!

18: Pit Bulls have the strongest jaws but no “locking jaws” as is popularly known.

19: While many believed that Blue Nose Pit Bull is another breed, this is not the case. It is famous for its unique blue-grey color!

20: The gentle-souled Razor Edge Pit Bull is one of the most expensive breeds of Pit Bull! Though they look huge but they are the sweetest natured dogs.

Don’t Say We Didn’t Warn You

21: While pit bulls mingle well with humans they can get violent with other dogs. That could be because of the unethical breeding of the breed. Make sure you buy your pit bull puppy from a registered, humane breeder.

22: It takes time for the breed to make friends with other dogs. It is suggested that you introduce them to other dogs when they are just young puppies.

23: Unlike other dogs, Pit Bulls don’t always show aggression by growling! You won’t know when they will attack because the signs that are common in other dogs are not shown by them when they want to attack!

24: BSL or Breed Specific Legislation is not what you think. It mainly deals with dogs that are considered dangerous! Usually, pit bulls and such kinds become the main focus of their attention.

25: Because of their vicious-looking face, Pit Bulls grab the most attention when the news is about them attacking or causing injuries. Believe you me, the dog isn’t what the media shows! They are the kindest if you’re kind to them.

Because Pit Bulls are Gems

26: Despite all the news and media gibberish about the breed, Pit Bulls are the most bought breed because of their ferocious looks.

27: American Pit Bull terrier is not a recognized breed by American Kennel Club. But they do consider Staffordshire Terrier as the breed despite the fact that it has striking similarities to American Pit Bull! The real reason for such distinction is not known but an educated guess is that it is an attempt to differentiate the breed from its negative myths and past.

29: Although we blame the dog because of its ferocious nature, it is no hidden fact that American Pit Bull is the most abused dog breed. Not only are they mistreated, they are used as guard dogs and often chained outside. They are even used in dog fights because they look vicious.

30: While the media and authorities are busy showing the bad side of the pit bull, here is one interesting fact that you should know when you want to choose them as your pet. They don’t bite hard at all! According to a bite test that was conducted by National Geographic in 2008, the breeds which bite harder than Pit Bull is the German Shepherds and Rottweilers! Pit Bulls scored the lowest in that test! Isn’t it good news?

Who to Blame for Pit Bulls’ Ferocious Nature

31: After the initiation of dog fights in the 1980s’, the cases of pit bull started making headlines. What an irony, you forced them to fight unnecessarily and you blamed them when they attacked!

32: Despite of the fact that England is the country where dog fights began as a sport, they banned Pit Bulls in England and Wales! They are still banned there.

33: Humans can be really silly at times! There had been several occasions where they tried and changed the names of the breed just to try and change their image of being the dangerous dog breed.

34: If you live in an apartment, then think twice before getting pit bull as a pet. Many apartment residences don’t allow them within complexes.

35: It is banned in many cities of USA to own a pit bull, so make sure your state and city allow pit bull as a pet. Otherwise, you will end up giving him up for adoption.

36: If you’re thinking media is the enemy of pit bulls only, you’re wrong. Media knows how to scare people from time to time with different breeds of dogs. Before Pit Bull, Doberman Pinschers, German Shepherds and Blood Hounds were targeted.

Don’t forget about proper food also and check what are some of the best dog food for Pitbulls.

The Celebrity Pit Bulls Hero of All Times

38: Of the 51 rescued, 30 were adopted by families after the rehabilitation. The best part is 4 became therapy dogs! Who says pit bulls are violent.

39: Not all pit bulls are known for their notorious nature, some even made headlines for their bravery. Sallie is one of them who guarded the wounded Union soldiers in Gettysburg Battle.

40: The proof that pit bull can be a great companion can be seen by how Bud, the pit bull accompanied Horatio Nelson Jackson and Sewall K. Crocker on the first cross country ride.

41: The most famous World War 1 dog was Sergeant Stubby, the pit bull. The dog gave comfort to the wounded soldiers in almost 17 battles! Wait, didn’t they say pit bulls are dangerous! Lol

42: Who didn’t watch The Little Rascals? We all did. Remember Petey in it? Well, yes, he was the pit bull as well!

43: Pit Bulls were once the most celebrated dogs, there were two reality shows, Pit Boss and Pit Bull Parolees especially about them.

44: Even Theodore Roosevelt owned a pit bull by the name of Pete.

46: Helen Keller had a companion by the name of Stubby, it was the pit bull as well.

47: The largest Pit Bull is named Hulk and it weighs a whopping 174 lbs. and is a father to 8 little puppies as well 😊

48: Do you know that pit bulls have the same kind of emotions as humans have? If they are being stubborn that does not mean they are being rude. It only means, you did them wrong and they are hurt.

49: Being the intelligent dogs that they are, they are even used as a Bomb Diffusing and Drug Sniffing dogs. Hero the pit bull, found 3000lbs of cocaine in Texas, that is the highest number of drugs discovered by a dog.

50: To show how loving and harmless pit bulls can be, Sophie Gamand painted pit bulls with flower crowns on their heads.

While these are some of the facts which make this breed a must have, but it should be bored in the mind that a pet is a responsibility. Neglecting a pet should be equivalent to a crime because the poor soul relies on your love and care. Adopt sensibly and make a difference in their lives. 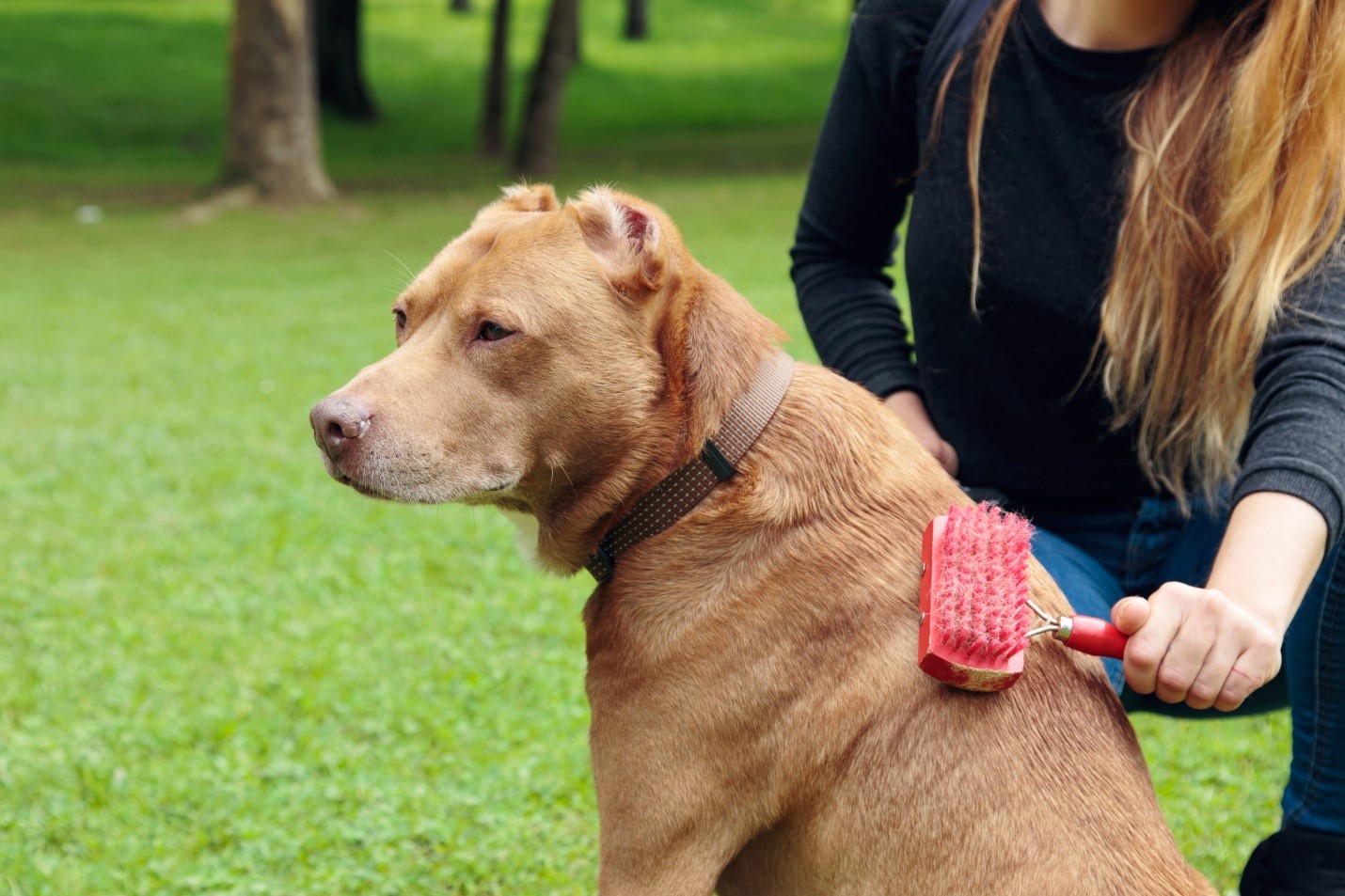 Pitbull Health
Grooming Your Pitbull at Home In 2022 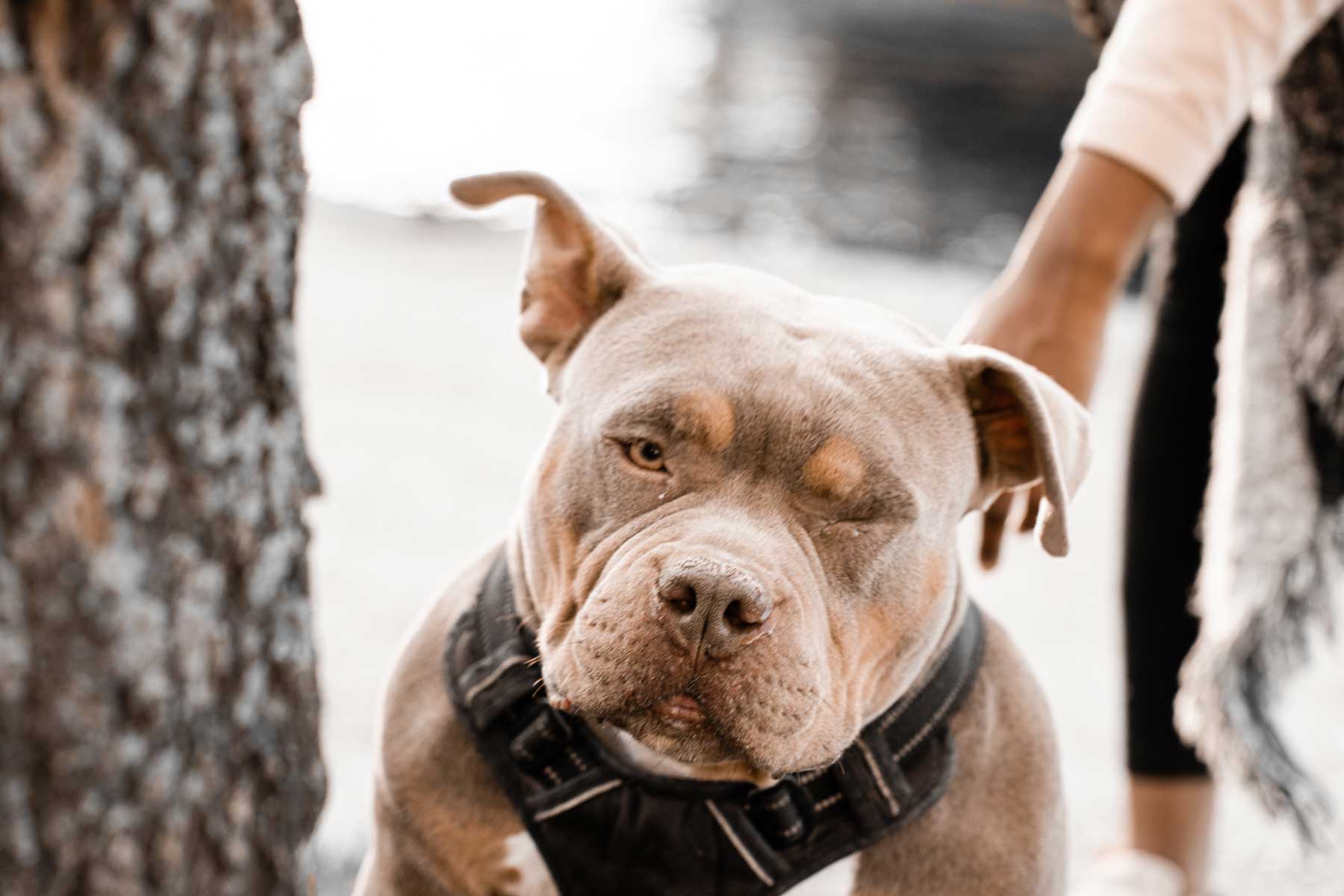 Facts
7 Reasons Why Does My Dog Follow Me Everywhere